“’What bold attempt is this? Pray let me know
From whence you come, and whither I must go.
Shall I, who am a duenna, stoop or bow
To such a pale-faced visage? Who art thou?’”

– I. Diaconus, A Dialogue betwixt Death and a Duenna, Verse II

Whether bent over massive tomes, deeply meditating, or feverishly dancing in a ritual trance, there is a school of magic that doesn’t bother too much with the physical world of the living, and instead seeks to understand and affect the ethereal world of spirit and ghost.
Those are the spiritists of Nave, and on their journeys in the imperceivable, they are trying to find the real substances of existence.

Parallel to the observable world there exists other planes which are invisible to most men, commonly known as the Ether. Spiritists know the Ether as a plane where spirits can exist in various immaterial forms without the need of a physical body. The Ether is not a separate dimension though, as the vast majority of physical things exist simultaneously on both planes. In other words, a layman might say that there are two worlds, the material world and the spirit-world, but to magicians, particularly spiritists, the Ether is simply another layer in the fabric of reality, which can be observed, manipulated and traversed with the right knowledge and tools.

The Ether is also home to other, otherwise unseeable forces. Mages of other schools may find it important to divide the Ether further into various planes, or consider the Ether to be one plane among many other, but to most spiritists this differentiation doesn’t matter very much. In fact, it seems pretty common that old and weathered spiritists don’t even bother to distinguish between the physical and immaterial world.

It is not uncommon for ordinary men to experience aspects of the Ether either. Certain dream states or near-death experiences seem to break some of the conventional boundaries between the planes. Also, some spirits are able to transgress these boundaries and become partly or wholly visible, affect substantial things, or even manifest physically. These phenomena have been given many names such as ghosts, spirits, phantoms and so on, but are not very well understood by the generally superstitious plebs.

Throughout history cultists, philosophers and magicians have come up with several conflicting models and theories to describe Nave’s multi-layered world as well as the concept of spirit, but of course no one can be certain how it all fits together. The spiritist model referenced further below in this text, taught by most scholars at Clerus Magica, first appeared in the ancient writings of the Sarducaan Magi Pir Nosno-Samoul. Most of the names in the model are not of Sarducaan origin though, and later etymological studies have shown that they share a resemblance with efforts to transliterate ancient logograms of Pari origin.

The Parts whereof an Entity consists

“Next to the Consideration of a Being or Thing, as Substance with regard to its Accidents and a Subject with regards to its Adjuncts, we consider it as a Whole with regard to the Parts whereof it consists: As a Man consists of Akh and Khat; and his Akh, of his Kau, Ba and Ren; and his Khat, of his Head, Trunk and Limbs, each of which may be yet further sub-divided.”

According to spiritists there are several important aspects, or parts, which work together to constitute a living, or semi-living, entity. Studying the properties and links between these parts is essential for practicing spiritism.

The Khat is the body, the physical vessel that carries the metaphysical Akh. In general spiritists do not concern themselves too much with the Khat, however as the Akh of most entities is so intertwined with the Khat, a separation of the two is lethal. Thus, for a spiritist to exit and re-enter the physical body, or reuniting other Akh and Khat, the properties of the Khat needs to be thoroughly understood.

Sheut – the shadow or mold

The Khat of entities such as humanoids, animals and plants are considered to be governed and constrained by which archetype and sub-archetype they belong to. A human cannot be born with wings, because wings are not part of their archetype. An individual instance of an archetype may still have unique properties however, for example a disposition toward more muscle mass. That does not mean that such a disposition will automatically produce an individual with more muscle mass though, as this depends on the life of said individual. This mold – the combination of archetype and individual “frame” – is regarded as the Sheut of an entity.

Some spiritists believe that the Sheut defines the Akh – that a human Sheut will produce, or some say gather, the components necessary to give rise to a human Akh, and that that specific Akh therefore is of human nature. Arguments such as “As we know, the Akh of a Wisent will still be the Akh of a Wisent even if transferred to a human Khat”, is common for this wing.

The other wing, which includes believers in natural reincarnation, sees the Akh as more or less eternal, something that – in some way or another – is instilled via the Sheut into the Khat to give life, and is therefore only constrained by the current Sheut it inhibits. Memories and consciousness might be lost or forgotten, for instance on death, but the individual Akh will go on existing, and is a unique entity in itself. “I am what I am, although I cannot speak, even if I occupy the Khat of a Wisent”, is an argument often proposed by this wing to demonstrate that the Sheut and the Khat are only shells.
However both sides, of which there are many variants, agree that the Sheut is indeed a real and important feature in nature for both physical and metaphysical purposes. The studies of Sheut overlap with several other philosophical fields such as biology and animism, and has given rise to Sheut Taxonomy, also known as the System of Dawning, which classifies groups of living entities according to a hierarchical system based on archetypes and shared characteristics.

Akh – the sum of an entity’s spiritual substances

Akh, which can be roughly translated to the layman’s concept of “soul”, is the collective name, the sum, of an entity’s spiritual energies, of which the most important are Kau, Ba and Ren. The Akh is often called a vessel or carrier, although what is most often referred to is the sum of its constituents, as it’s unclear whether an Akh has any properties in itself – much like the concept of body actually refers to the sum of its parts.

According to spiritists every living entity contains a life force, Kau, which is capable of interacting with and linking together both the physical and metaphysical world. It is the energy of Kau that binds the Akh to the Khat, and if this link is broken, the corporeal Khat will die, and the Akh will eventually disunite into its separate parts. Kau is in many ways similar to the energy mages refer to as Mana (fr. Sidoian mâ-na, symbols for [awe, wonder]+[well, spring]), or Shi (fr. Huergar or Khurite). Different or not, these energies can all be used for interacting with the fabric of the world, although spiritists claim there are differences between how Kau and Mana are accumulated, harnessed and used, especially in the Ether.

Ren is the name, or names, of living entities. Ren is a powerful part of a person’s Akh, as whenever it is mentioned, read, or even thought of, it it theorized that it actually manifests the Akh in the world, strengthening it. For spiritists who believe that the Akh is eternal, this also means that the greater the number of places any name of an Akh is used, the greater the possibility it will survive to be read and spoken, ensuring that the Akh lives on and grows in power.

Spiritists use Ren as an important tool for communicating with and controlling Akh. Not knowing any of the Ren of an entity makes it almost impossible to exert any influence over its Akh, or its parts.

Ren is perhaps also the most debated aspect of the Akh among spiritists. As some believe that the Akh is created upon an entity’s birth, and most often perishes when the entity dies, Ren is simply the name that for instance humanoids are given at birth. On the opposite side are those who believe that the Akh is transferred between living entities at birth and death, who say that therefore there must be two Ren – one for the enduring Akh, and one for the current transitory vessel, the Khat. As the two differ, the name of the Akh is called Mah’a Ren (truthful name), which is not the same as the everyday name . To complicate matters further, spiritists who also study nominism claim that this division is not enough, and that there is an Onomi (true name) for both the temporary Khat and the more permanent Akh.

Ba – the memory and personality

For conscious, intelligent beings, memories shape a large part of their personality. The accumulated memories, personality and also uniqueness, sometimes even for inanimate objects, is called Ba. Most spiritists believe that the memories of living entities are stored, physically, in their Khat during life. However when a memory is being recalled and enters consciousness, it transcends the physical threshold and becomes a temporary part of the immaterial Akh. A common proof for the link between Khat and Ba, is for instance when novice spiritists attempts to spirit-travel and find themselves incapable of accessing their memories, except perhaps the most recent ones. To summon all or most of one’s memories into the Akh, and still be able to keep focus at the task at hand, for instance when spirit-travelling, requires extreme training, mental exertion and skill.

“When the Akh getteth outside the Khat, it sayeth to itself, ‘Am I dead, or am I not dead ?’ It cannot determine. It seeth its relatives and connexions as it had been used to seeing them before. It even heareth the wailings. The terrifying Aetheric illusions have not yet dawned. Nor have the frightful apparitions or experiences caused by the Aether yet come.”

When a conscious entity dies its Akh separates from its Khat and, after some time, disperses into the etherian energies. This is called Hao’r – it dissolves, or ascends. Some who believe in a reincarnating Akh say that Hao’r is a non-natural and destructive process, while others say that it is only after Hao’r some of the essences of the Akh will re-gather to find a new vessel. Sometimes however, the Akh does not fully disperse, maybe due to a strong Kau, and this may result in a fragmented spirit called an Auw, or Iwu (meaning “without vessel”).

Many spiritists believe that Akh and Auw can have other origins as well – a rather popular belief is that there exists a whole clade of spiritual entities which are not bound by corporeal laws like physical entities are. Regardless, there are many types of Auw, and spiritists from various cultures have different names for them as they are often borrowed from the native language. Some Auw are considered liminal as they have enough energy to manifest in the world of the living and sometimes affect it. Most of the time the Auw are confused and disoriented, which is explained by spiritists as them not possessing their full Ba – personality and memory. An Auw might disappear by itself after a while, but in the case of particularly strong Auw a spiritist may have to banish it, which is called Djos, or help it reunite with its Ba to form a full Akh, called Khem. Especially powerful spiritists can guide an Akh back into its former Khat, another Khat, or even into certain mystical objects, a ritual called Seph. 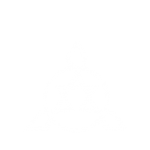