The World Of Nave

Mortal takes place in the world of Nave. Initially on the continent of Myrland, though many other lands wait to be discovered.

Myrland is a mostly temperate land, beautiful and varied with mountains, forests, plains and below the great cliffs to the south the jungle. But while Myrland is diverse, it lacks the extremes that can be found in some other lands. 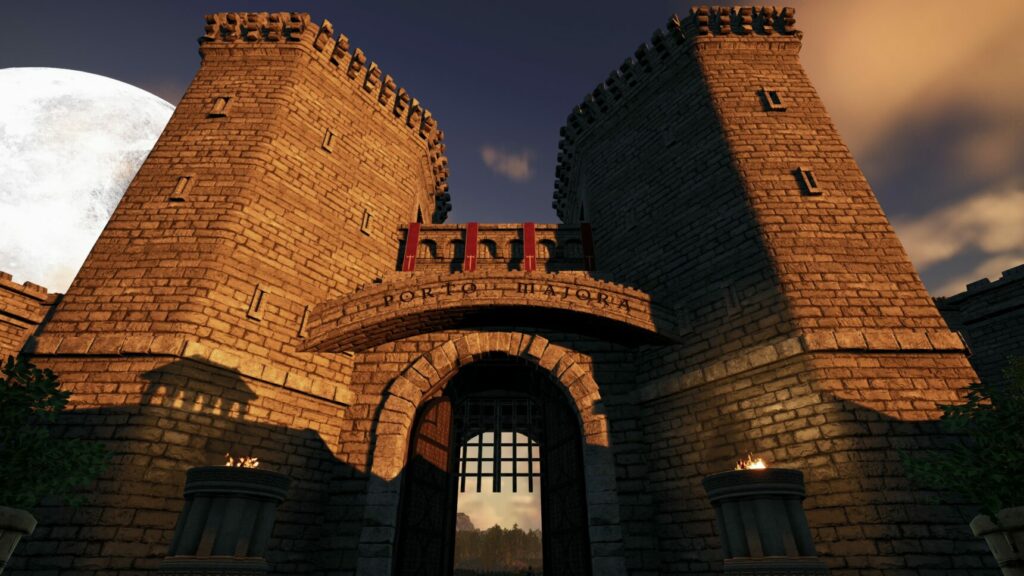 To the northwest is the city of Tindrem, greatest city in the known world and capital of the Tindremic Empire – though in truth this is a shadow of it’s former self.

Nowadays it’s rule barely stretches beyond the towns of Fabernum and Meduli – at least on Myrland. It’s soldiers are still the best organised and equipped and in the right situations simply the best.

Tindrem has great knowledge of both magic and science – though in neither field is it quite the best.

Across the central plains the Khurite tribes roam. Fierce horsemen and hunters, they compete more with each other than outsiders.

Their winter camps are to be found along the southern edge of the plains in the mountains to the east their only permanent settlement – the city of Morin Khur.

They have bowed the knee to Tindrem before – and know they could not stand against it if it exerted it’s full power. But Tindrem shows no sign of doing that, the plains are hardly a great prize, and any lesser force would be hard pressed by the skillful Khurite horse archers.

In truth relations with Tindrem are cool but not hostile. Tindremic rule was not harsh and indeed the tribes were more allied auxiliaries than conquered folk. 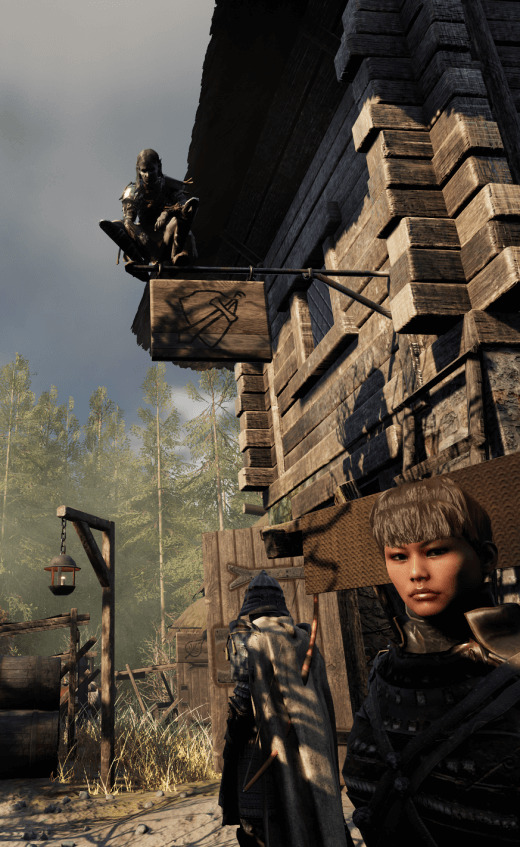 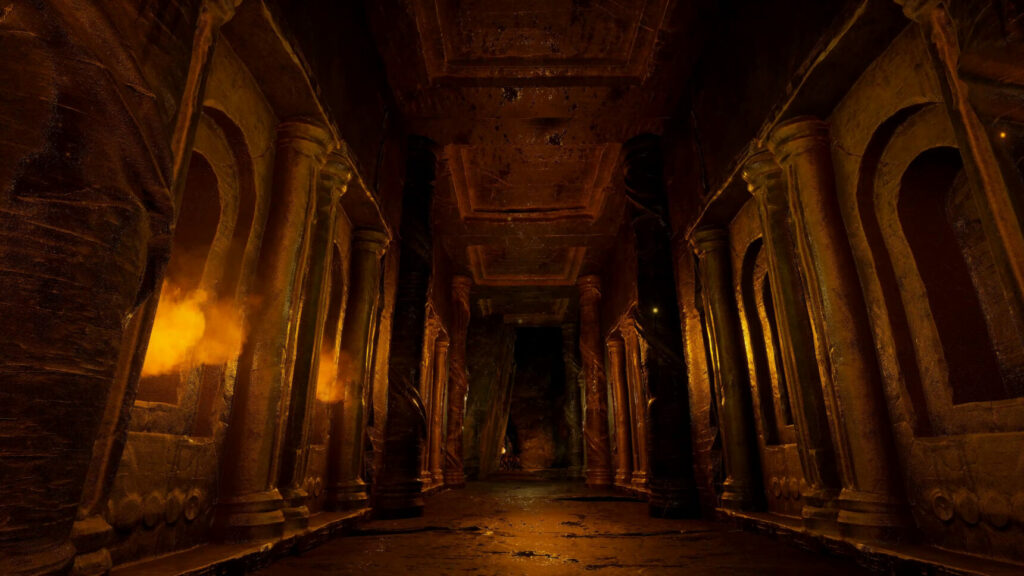 The only other native inhabitants of Myrland, at least above the great cliffs, are the Huergar.

Once firm allies of the Tindremic Empire these strong and cunning folk retreated to the underground fortresses in the northern Talos Mountains and sealed them off after an argument over the Empire’s invasion of Nordveld.

Those Huergar who remain above ground in Myrland are descended from those who, whether by accident or choice, were locked out of the closed cities.

They generally reside in Tindrem and are considered citizens, respected by all. While they lack the deep secrets held by the masters of their kind they remain skilled craftsmen and engineers.

To the north east lies the ruins of Gaul Kor – once the second city of the Empire, but now a ruin. Risar have all but obliterated it and while the hordes that destroyed it are gone for now roaming bands of tough and brutal risar crisscross the area. Were they as badly effected by the conflux as everyone else? If anyone knows it is a closely held secret.

Gaul Kor was an industrial town, mining and extracting valuable ores not known in such quantities anywhere else. In addition to the ores the ruins are dominated by the furnaces built by the Huergar for the Empire.

A technology nobody above ground can match now. If the Empire was to try and exert itself Gaul Kor is the obvious first step in rebuilding it’s power and civilization. 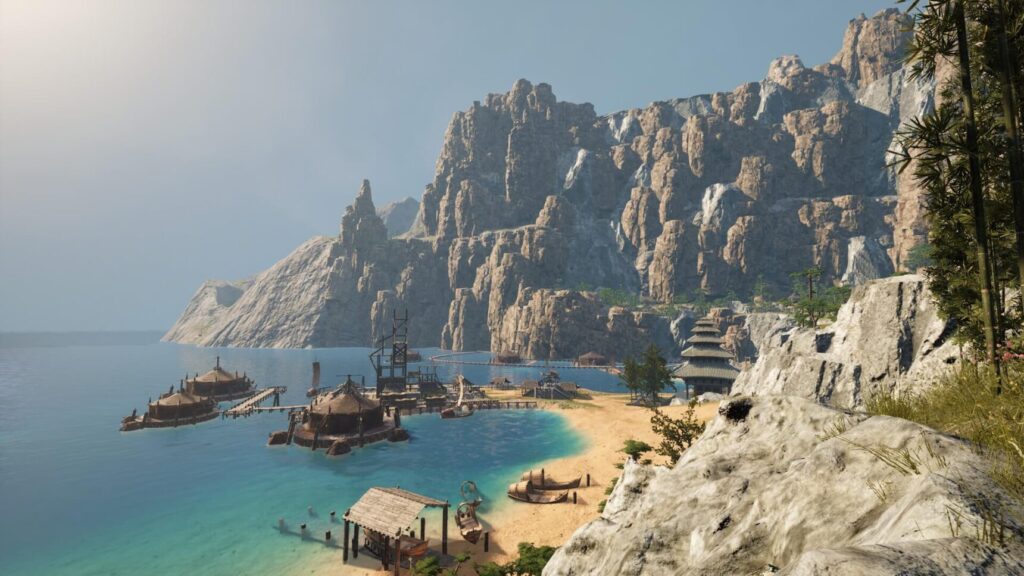 Beyond Morin Khur to the east lies the odd town of Toxai.

Toxai lacks a clear pattern or real central control having been founded by Tindremenes, but mostly controlled by Khurites and with a huge cave containing a Sheevra settlement.

Sheevra and Veela ships can often be seen in port and it is from here than any of their kind first set foot in Myrland.

To the north is the island of Isla Puka, the only land still totally loyal to Tindrem. (From here comes much of Tindrems food and manpower. Fortunate for Tindrem that it is a port, the only port on the Inner Sea now that Gaul Khor has fallen.) Beautiful and rich it is probably the land most like Myrland.

The blasted wasteland that is Herabalter lies to the northeast. Herabalter isn’t actually a separate land though the connection is narrow. There the Empire built a wall to try and keep out the Risars – it failed, though it’s ruins are still there. The Risars are as brutal and cruel as the land they come from.

Lykia – land of jungles – is to the south east. Home to the Alvarin – though legend suggests this was not their original home. The largely primitive Veela roam the jungles while their cousins the Sheevra live in cities and caves underground.

South is the land of Sidoia – or at least it’s remains. Some disaster destroyed the Sidoians so catastrophically that it fell below the sea. What remains are islands that were mountains. The culture here was highly advanced, though quite what form that took is mysterious. Both magic and advanced mathematics seem to have been a part of it. All that remains of the civilization is the Sidoians – actually a slave race of the original civilization.

The mysterious land of Sarducca lies to the south west. It’s human inhabitants are famed horsemen and horse breeders on a par with the Khurites. But they are neither as splintered or aggressive as the Khurites. Human control of Sarducca is only surface deep, most of the land is desert and strange creatures roam, surviving on what it is hard to imagine. Dark rumours of ancient death cults seem to have at least some basis in fact.

To the northwest lies the land of Nordveld. Cold, harsh and mountainous it has bred a tough people who mounted the most successful resistance to the Empire. The Blainn, cousins of the Huergar who have adapted to both the surface and the cold live there too in harmony with the human inhabitants. The Blainn have given up on their ancient Huergar traditions and religion and their differences from the human inhabitants of Nordveld are mostly physical. Still Oghmir are Oghmir and it was the Empire’s assault that led to the split with the Huergar of Myrland.