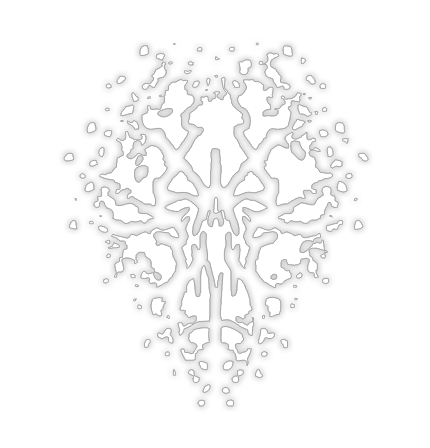 Thieves, traitors, beasts. The fear of the Thursar (half orcs) has brought them many undesirable names. As sons and daughters of the unspeakable crimes committed in the wake of a war, the half orcs’ life stories are often stained by tragedies. The majority of the Thursars are doomed to roam aimlessly in a world where the full blood orcs look upon them as weaklings and the civilised world despise them as witless barbarians and fear their orcish heritage. However, few surpass them in strength and stamina, on the battlefield or in the arena, and the non-human heritage in their blood and mind make even veteran soldiers cautious.

The Thursar are the result of a union between a human and an orc. A union tragic in its nature since the two races have never had lasting peace between them. During the wars and the clashes between the human race and the orcish tribes the females tend to fall victims to abuse, and often these cases of abuse lead to a mix of the two races. Sadly the half orcs are met with suspicion on both sides and are often loathed due to the abominable thought of a union between the two races. The majority of the Thursars is sterile or suffers great difficulty of producing offspring.

It is very uncommon for a Thursar to be brought up by orcs, even though most of the half orcs with an orcish mother are born into such a community. A half orc is seen as a burden for the clan and has no chance of earning a rank. Therefore an orcish mother often abandons her child on the outskirts of a nearby village or farm, in hope of a better future for the child. Despite the fact that the humans often consider the orcs as violent and primitive the truth is that compassion and motherly love coexist with a strict hierarchy and the mentality of “strength-is-power” in an orcish tribe. To abandon the half orc child instead of simply killing it is regarded a better option for the tribe, the mother and the child.

If the mother of a half orc child is human she is often looked upon as befouled by the rest of society, and that is the reason why many women give birth to their bastard children in secret. Like the orcish mothers the human mothers also tend to abandon their children, so that they might be raised by beggars, the very poor or farmers in exchange of a small amount of gold. Only a minority of the half orcs is lucky enough to be brought up in one of the few and distant located half orc societies, who gladly receive them due to lack of offspring and fading in numbers.

The Thursars possess great endurance and a talent for survival making them able to stay alive in miserable conditions during the early years of childhood. Those of them who end up in the larger cities soon realise that begging won’t pay off since no one is willing to donate to “the thieving bastard children”, forcing them to support themselves by theft or violence, and therefore reinforcing the already widely spread prejudice. Instead of begging, a Thursar growing up in a smaller village is often forced to perform hard manual labour and allowed to stay until puberty, which occurs in a fairly early age, before being cast out into the wild or the larger cities to fend for themselves.

The Thursars who can’t rely on hunting and fishing for survival will face great difficulty receiving employment in the big cities, which is why many sell themselves as slaves. Due to their endurance and strength they are considered formidable rowers, gladiators in an arena, workers in the sewers, or carriers in everything ranging from construction sites to army caravans. After several years of heavy labour some Thursars are able to buy their own freedom and possibly be employed. Many are driven by their nature to become recruits in different mercenary camps, where they are still looked upon with great suspicion but are able to rise in rank thanks to traits such as discipline, authority, fearlessness and fighting spirit. Some half orcs settle outside the unwelcoming cities and form their own communities, keeping to themselves and remaining passive in order not to suffer any attacks or ravaging.

The physique, mentality & appearances of the Thursars

The typical Thursar inherits a strength and endurance which greatly surpass the same characteristics in an ordinary human – an animalistic power reserve displaying their orcish origin. They are usually taller than humans but share the orcs’ ability to heal very fast. Due to their size and robust bone structure the Thursar tend to be somewhat clumsy but compensate this with good reflexes, resulting in the fact that they rarely wear heavy armour.

Only large warhorses, bullhorses or even larger mounts are able to carry an armoured Thursar.

When it comes to intelligence it is hard to compare a human with a Thursar since the majority of the latter lack any form of organized education, but there is nothing to indicate that the half orcs are less capable of mental activity. The Thursars who have grown up in the streets develop the same sly cunning as their human counterparts, and those who rise in rank within a mercenary faction are often shrewd tacticians and have a talent for strategy. In natural environments, such as the woods, mountains and grottos, a good sense of locality unfolds within the Thursars but they have a poor sense of direction in habited areas.

Difficult mental experiences do not affect Thursars to a great extent. Despite their often troubled childhood, psychic traumas among the Thursars are rare. The reason might be their pragmatic orc-like nature, making them live in the present to a great extent and also resulting in the fact that half orcs make bad theorists. The Thursars also share the orcs’ inability to understand magic and thus share the same fear the orcs have for the arcane, something that can probably be traced back to the origins of the orc race. A few Thursars develop abilities resembling those of the orc shamans, but without guidance or tutoring these abilities seldom grow strong.

On most Thursars markings will appear on different parts of the body. On full blood orcs these markings are related to age and social status, but on Thursars this function is lost. Thursars have thicker hair than humans but in general have less body hair. Their eyes are often completely dark yellow, dark brown or black, it is extremely rare to see a half orc with a bright human-like iris. They have good vision even in faint light although they can’t see in total darkness, but this comes at the expense of a slightly poorer color vision. Thursars also have a good sense of hearing compared to humans, but they have difficulty hearing higher frequencies.

The half orcs live difficult and hard lives in the human civilisation, even though it is the only community who at least partly accept their existence. Some perform tough and demanding labour as slaves or workers, others fight for money in the arenas or mercenary armies. Many make their living by theft, assassinations or fencing and are constantly sought after by the long arm of the law. Most humans are prejudiced against Thursars and they are often more severely punished in court than humans. Only a handful Thursars have gained fame and glory in the books of history, and these individuals have been gladiators, commanders of mercenary armies or master tutors at training camps.

The Thursar regard the world with the same scepticism they themselves are met with; by gaining wisdom from their past experiences they become vigilant and suspicious of the world but accept their fate with their pragmatic half orcish nature. They never or seldom complain since this is seen as a sign of weakness, they regard drawn out discussions and thoughtfulness as a lack of the capacity to act. These characteristics of course contribute to the stereotypes of Thursars being stupid and taken advantage of, but as it is against their own nature to approach the situation differently they let the matter rest. If the relationship between humans and Thursars is strained then the bond between full blood orcs and half orcs is nonexistent. Thursars fear and avoid the orcs, who place them on the same level as humans, or worse.

It is possible to find smaller Thursar villages on the outskirts of larger human settlements, such as Kranesh outside of Tindrem and Obrig on the plains of Myrland. In these villages, other half breeds, outcasts, outlaws and freethinkers are accepted but the order is kept to avoid any conflict with the rest of civilisation. These Thursar villages are often ruled by moguls and are seen as barbaric by the larger cities. The villages are rather autonomous but deal in fish, wood, stone and agricultural products. The Thursars lack their own culture, traditions and craftsmanship, they are therefore forced to adapt and be shaped by the world around them.

The largest Thursar settlement is Gaul’kor in close proximity to Herabalter. Gaul’kor is a somewhat chaotic place which besides being home to fencers, thieves and bandits, also has a small full blood orc population. Those Thursars who are unable to adapt to civilisation due to their orcish nature or upbringing end up in Gaul’kor, together with all sorts of scum. More civilized half orcs look down on the city as it only contributes to their already torn reputation.