The Hunt of a Lifetime

Mortal Online 2 has rich variety of creatures, characters and monsters to battle. Travel into deep dungeons to fight well organized foes that communicate and work in groups.

Or go into deep forests and truly hunt wildlife using stealth and planning.
But don't over hunt or you could end up killing an entire herd making it difficult to find your next prey.
Herds in Mortal Online 2 move around the the world in groups, no more simply going to the same location and kill everything you see, instead you need to use you skill and knowledge to find good groups to hunt.

Mortal Online 2 also features a invasion system that randomly starts invasions of monsters or human groups.
These groups build settlements and grow as time passes. If left alone for too long they will even attack cities!

Players must group together to take out invasions before they overwhelm the lands making it difficult to trade or travel.

The world of Nave is also home to horrible and fantastical creatures. Large creatures that require large groups and preparation to take down. Some of the largest of these creatures only spawn once and once killed they never come back. 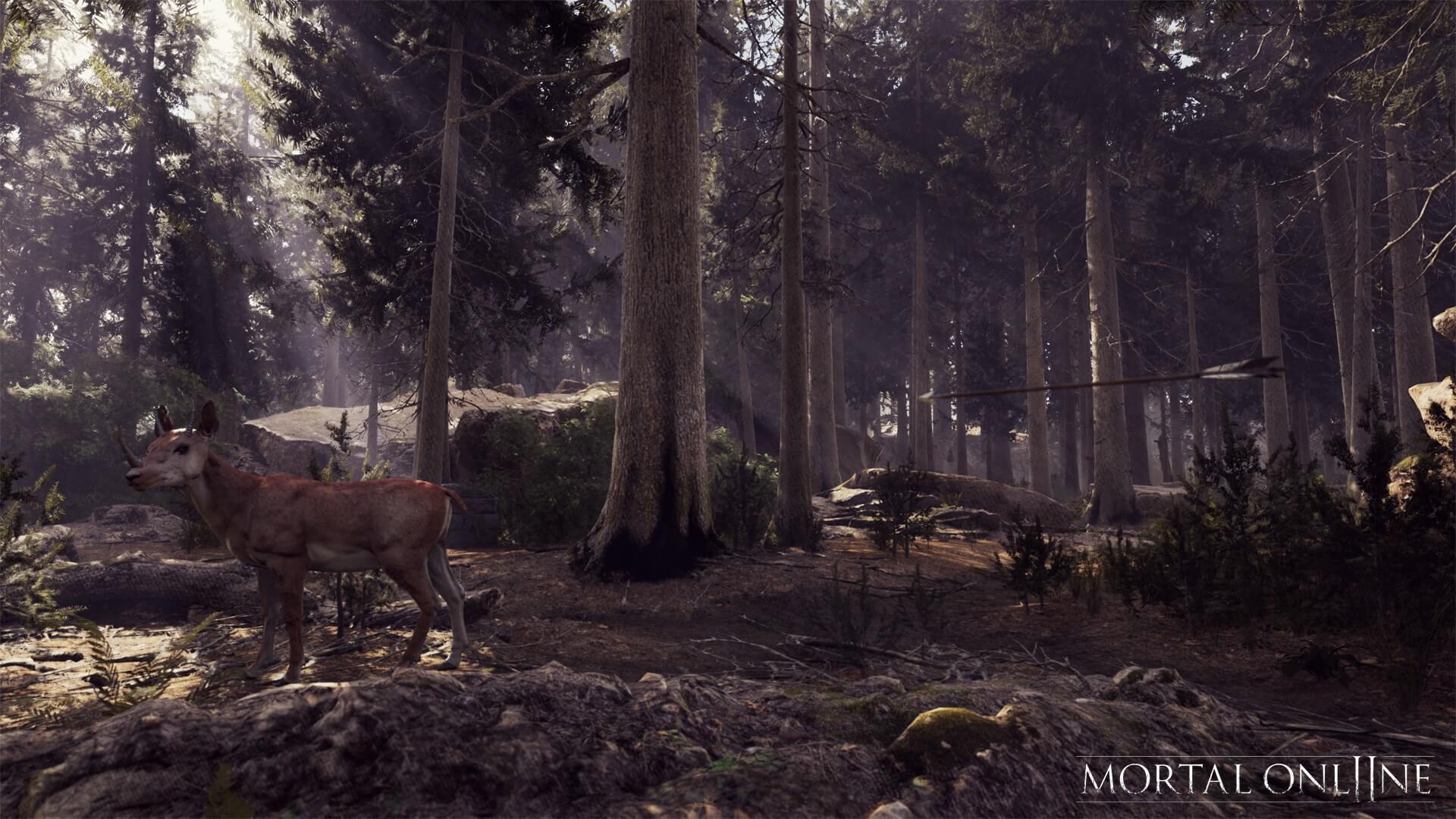