The scents of sweat, blood, and fear are so thick on their bodies that even the humans themselves can smell it. Through the narrow passes they run, soldiers, slaves and villagers alike, all equal now. All struggling to find their way through the dim shadows of sunset while Risar archers on the cliff sides pick them off one by one. The trail of blood and bodies stretches into the distance, all the way back to the burning mining town that was their home.

Panting with fear, breath tasting like cuprum, Procurator Albinus da Mercato can barely hold a coherent thought. The arrow digs deep into the flesh of his left arm, pinning his palla to him. The once golden garment now clings wetly to his body, ragged and stained with the blood of the dead. More screams sound behind him, but he dares not look back. He knows their only chance of survival is to reach the Tindremic reinforcements, but what if none of his emissaries made it through? “No!” he must not allow that thought. He visualizes the red, white and black colors, desperately willing them to come forth. He forces his swollen eyes open, staggering with pain and praying to see an army that doesn’t appear. His stomach turns as he sways, fighting to keep his feet, struggling to get his people to safety. Surely there is such a thing as safety? There must be hope. “Of course!” The army will be waiting in the valley below Nereb Madgulu; they must be there. The Risar fear the great Huérgar watchtower, and he remembers hearing a soldier once say that the valley is an ideal location for a defending army. The thought gives him strength and purpose. They simply have to make it there before it’s too late.

In the valley, Kentarch Isaios clenches his fists in rage at the stone faces mocking him from beneath the tower of Nereb Madgulu. His throat is raw from yelling, pleading for aid from the tower above, yet he had known deep within that there would be no response. Their fragile alliance with the Huérgar had broken more than a century before, even before the Conflux, and the gates to Gal Barag had remained closed to the outside world since. For all he knew, they might as well be dead. Even if they weren’t, why would they suddenly respond to an insignificant Kentarch screaming from the foot of a tower that had probably been abandoned before he was ever born. The tower may be the focus of his fury, but not the cause. That fault lay with the pompous officials in the Tricapita who certainly must have known that the Huérgar would not respond. Surely they knew, unless they were truly so ignorant and egotistical that they had lost all touch with the reality of the world outside Tindrems walls.

He isn’t sure which is worse, but what he does know is that the petty bickering among the Consuls will mean his death. Instead of dispatching a proper army, they had argued among themselves until the only alternative was this auxiliary cohort. He had been given less than a hundred men and orders to defend the fleeing Gabarians outside Nereb Madgulu … and to persuade the Huérgar to help. “And here I stand,” he thinks wryly “shouting at deaf statues.”

From the front of the pursing horde the Risar leader watches the fleeing humans. There are so many! The human numbers far exceeded his first estimation … they must have run like rats from the mines once the fires started. Still, his warriors had taken at least a third of them so far. They could easily take them all if there were no rush. It would be a great display of his power, but time is short. Humans were always weak, and these are tiring fast, but they’re also getting closer to that accursed Fire-Tower. Too close. He bellows orders to his commanders and the Risar horde picks up pace as he scans the horizon. Is there enough time for his warriors to catch the humans before they reach the tower? The increased speed deepens his breath and he realizes that he can hear the humans breathing too if he listens closely. His pulse quickens at the sound of their struggling breath, the scent of their fear and blood. At least they’ll be able to catch the slow, the wounded. “Killing half the town will sound better than a third” he thinks as he adjusts his grip on the pole cleaver, readying himself for the impending bloodshed.

Kentarch Isaios turns at the sound of screams echoing through the valley. At first all he can make out through the fog and dust is one big mass that seems to consume itself from behind. Soon, the mass separates, the rear slowing as individual bodies begin to appear in the front. People run toward him, exhaustion dragging at every limb, mouths wide with terror. Eyes roll towards him as they stampede past, but his own are fixed on the strange golden banner glimmering in the last rays of the sun. It’s affixed to the end of a long spear mounted with a human head, and even through the dusty shadows he can clearly make out the bright caste mark of his own family on the forehead. His men are bellowing at him, but he doesn’t seem to hear them.

The Risar feels his pulse return to normal as his frenzy fades. He surveys the human herd and makes a quick calculation. They had killed half of the humans … at least half … and he had managed to restrain his warriors in time. He grunts with satisfaction, but the achievement is bittersweet. If not for this loathsome tower and the human reinforcements, they would have had them all. Looking at those reinforcements, his eyes narrow with speculation. It’s not a horde, only a small warband! His pulse quickens again as he looks at the tower looming over him, its stone faces challenging him. He roars with frustration and is immediately joined in chorus by his warriors, their waning battlelust rekindled. He has never been so deep into this land, but like all other Risar, he has heard the stories of the stone faces and their streams of lava. His murderous instincts cloud his mind, weaken his will. There are no lights in the tower, no sign of life. At the opposite end of the valley, he watches the last of the humans disappear into the bullhead tunnel, guarded only by the small group of armored men.

The conflict is tearing at his will. He knows the death trap posed by those stone faces, but his instincts drive him on urging him to finish the fight, to kill them all. He glares hatefully at the humans, his head twitching upward as he sniffs unconsciously at the air. There is no sign of heat, none of the burning yellow smell of lava, only the enticement of the fear tainted sweat and blood of his prey. Looking at the stone faces he gauges their lethality, but they show no sign of life. He doesn’t have to look at his commanders, he can sense that they feel the same, feel their shared urgency. Now he knows, he feels what led his predecessors to make the same mistake twice before. Instincts and bloodlust override logic, and almost as if sleep walking, he puts one foot in front of the other. His men is falling in behind. Slowly building speed, the Risar horde surges forward and the valley’s walls echo with their roar.

Kentarch Isaios feels the tension of his men turn to panic as they are hit by the wall of sound. They are staring at the stone faces, willing them to come to life, but he knows they will remain silent. He watches the impaled head come closer, tears spilling down his cheeks. When the head and its spear-holder pass beneath the tower, nothing happens. The stone faces remain lifeless as his men whisper their fear. Closer it comes. Now would have been the time for the sagittari to fire their arrows, had there been any under his command. The Risar horde moves like a cresting wave, preparing for the final charge. With a monumental effort, he tears his eyes away from the speared head and tries to clear his mind. He knows this is a battle they cannot win, but they are Tindremic soldiers. They will do their utmost to hold the tunnel and protect the flight of the villagers. Ignoring the streaks across his dusty cheeks, he turns toward his men to call out his last orders, draws his sword and steps into the light of the dying sun.

High in the tower above, the Kanniku of Nereb Madgulu seals tight the heavy metal shutters, closing away the gray-green light of the outside world. He cannot bear to witness the battle, but he can still hear the humans’ screams, even through the massive stone walls. The orders from the Āsipus of Gal Barag were adamant, and he would never dream of opposing them, but in this moment he cannot help doubting the justice of the Gods. 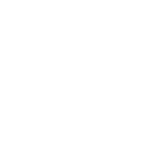